Cerevo, a connected devices developer and creator, is pleased to announce that DOMINATOR, a fully mechanized, transforming smart toy replica of the gun used in the hit anime PSYCHO-PASS (©PSYCHO-PASS Committee), will have it’s international debut at Silicon Valley Comic Con taking place from 18th-20th March 2016 at the San Jose Convention Center. Fans will also be able to see DOMINATOR in action at the Middle East Film & Comic Con in Dubai from 7th-9th April 2016. 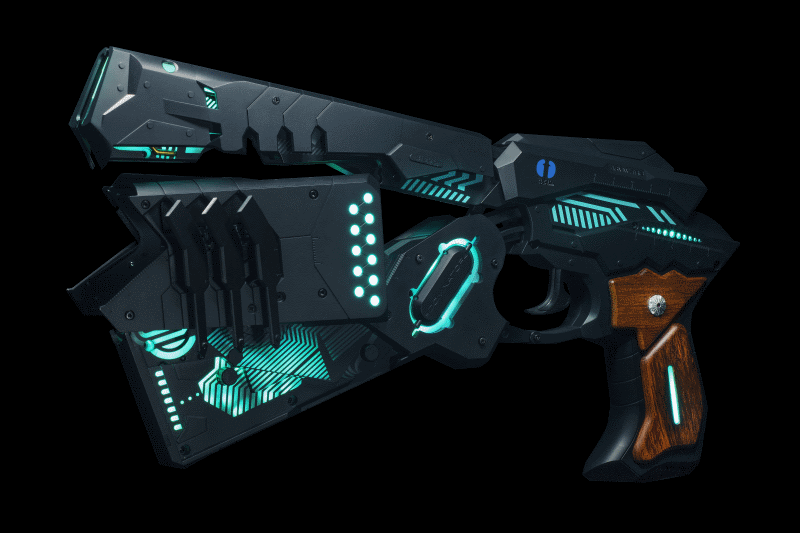 Following DOMINATOR’s international debut, global pre-orders will begin on 20th March 2016 at the Official Cerevo Store (http://gstore.cerevo.com/) for both the STANDARD EDITION and SPECIAL EDITION versions of DOMINATOR. Pre-order prices will be USD$799 for the STANDARD EDITION and USD$899 for the SPECIAL EDITION. Pre-orders will be fulfilled on a first come, first served basis. Prices exclude shipping and local taxes, Cerevo may be unable to ship DOMINATOR to some locations due to local laws.

Visitors to Silicon Valley Comic Con will be able to pre-order DOMINATOR in person at Cerevo’s booth and limited numbers may be available for purchase pending approval from local authorities. Middle East Film & Comic Con visitors may also be able to purchase directly at Cerevo’s booth depending on approval from local authorities.

About DOMINATOR
DOMINATOR has been created under the supervision of Production I.G director Naoyoshi Shiotani and Nitroplus designer Makoto Ishiwata. DOMINATOR features characteristics identical to the devices seen in PSYCHO-PASS such as automatic transformation, voiceover* and sound effects, authentic LED lighting, touch sensor activation, Crime Coefficient analysis and more. DOMINATOR can also be connected to the Official Companion App* to enable connected features.

The STANDARD EDITION and SPECIAL EDITION differ in the materials and design of the grip and the emblem, there is no difference in functionality.

*Japanese voiceover only, companion iOS/Android app text can be switched between English and Japanese.

Press Images
A selection of high resolution images can be found at the link below.
https://s3-ap-northeast-1.amazonaws.com/cerevo-share/image_dominator.zip

Cerevo has developed and released CEREVO CAM – a digital camera with internet connectivity, the LiveShell series – devices to enable live streaming on Ustream and YouTube using only a digital camera, SmartTrigger – a Bluetooth remote to enable the release of your digital camera shutter from your smartphone, LiveWedge – a 4 input HDMI switcher with live streaming capabilities and the XON series of smart sports products. These products are sold in more than 50 countries. For more information, please visit – http://cerevo.com