At CES(Consumer Electronics Show), is an internationally renowned electronics and technology trade show held each January at Las Vegas. Out of many newly released products from all over the world, LiveWedge has received the award in “Home Audio/Video Components and Accessories” category. 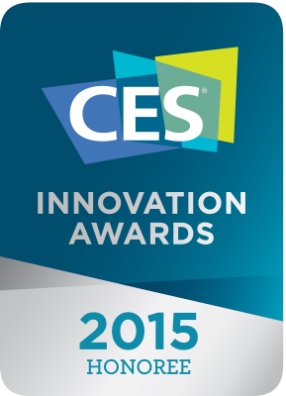 LiveWedge is the video switcher with 4 x HDMI inputs and broadcasts live video simultaneously via Internet. It provides an easy user control via Smartphone/Tablet applications. It also supports PinP and video composition by Chroma key as well as all basic transmissions such as wipe, fade, cut and etc.

Shipping of LiveWedge is scheudled to be sarting from mid of Jan. 2015. The official schedue and details will be announced at Cerevo web site http://cerevo.com .

About Cerevo
Cerevo was named after (Consumer Electronic REVOlution) and its HQ is locating in Akihabara, Tokyo, Japan. Cerevo focuses on creating network consumer devices. Cerevo makes its efforts to improve your daily life through the use of its products with the unique internet solutions.

Cerevo had developed and released CEREVO CAM, a digital camera with internet connectivity, LiveShell series, a device to enable to live stream on Ustream only with your digital camera, SmartTrigger, a bluetooth remote to enalbe to release the shutter of digital camera from your smartphone, and EneBrick, a mobile battery with function to connect usb keyboard for tablets. Those products are sold for more than 23 countries. For more information, please visit http://cerevo.com