Cerevo Inc., an Internet connected consumer electronics manufacturer headquartered in Tokyo, Japan, announces today that it has started a brand awareness project at “JD Crowdfunding (京东众筹)” operated by JD Finance (京东金融) as part of an acceleration of its business development in China.

Cerevo is a consumer electronics manufacturer that engages in the planning and development of a wide range of Internet-connected consumer electronics (IoT products) and currently sells its products in more than 60 countries around the world. The company has been deeply involved with China, mainly from the viewpoint of product manufacturing in the Guangdong region, and commenced full-scale sales of its products in early 2017.

Today, China is seeing extraordinary growth in start-up companies. According to a press article, there were 3.65 million companies founded in 2014, and it is reported that 10,000 companies are created per day*1 . Cerevo recognizes there are big business opportunities in China for hardware companies like itself, as data supports that both software and hardware companies are being established daily.

Over the last five years Cerevo has participated in CES®, the world’s most renowned electronics and technology trade show held each January at Las Vegas, USA. Cerevo has won CES Innovation Awards, given to consumer technology products with excellent design and engineering, for three consecutive years. At the time of the last exhibition in January 2017, Cerevo attracted much interest from Chinese related enterprises and was also featured on CCTV (China Central Television).

In April 2017 Cerevo registered the trademark “速鋭波”(fast sharp wave)” in Chinese and has expanded the sales development of its products in China. In addition to promotion towards enterprises, Cerevo will target PR and sales towards consumers in China using one of the largest crowdfunding platforms in China called JD Crowdfunding which is operated by JD Finance.

As IoT product innovation has become increasingly active in recent years, and also with sales of IoT products accelerating, China is positioned as an ideal target market for hardware companies. Cerevo has established a system for full-scale business development in China and believes it will become an important market for its products.

At JD Crowdfunding, Cerevo will introduce one of its unique products, the transforming, Internet connected projection robot, Tipron. As Tipron’s modern design and unique features bring new value to living spaces, Cerevo believes that it is the best product to achieve the objective of engaging Chinese consumers in the “experience of things (EoT)” rather than just selling products.

Cerevo seeks to expand and innovate further by creating IoT devices that follow its “Global Niche” concept in a global markets including China.

■Tipron,  Your life can be expanded  (JD Crowdfunding page) 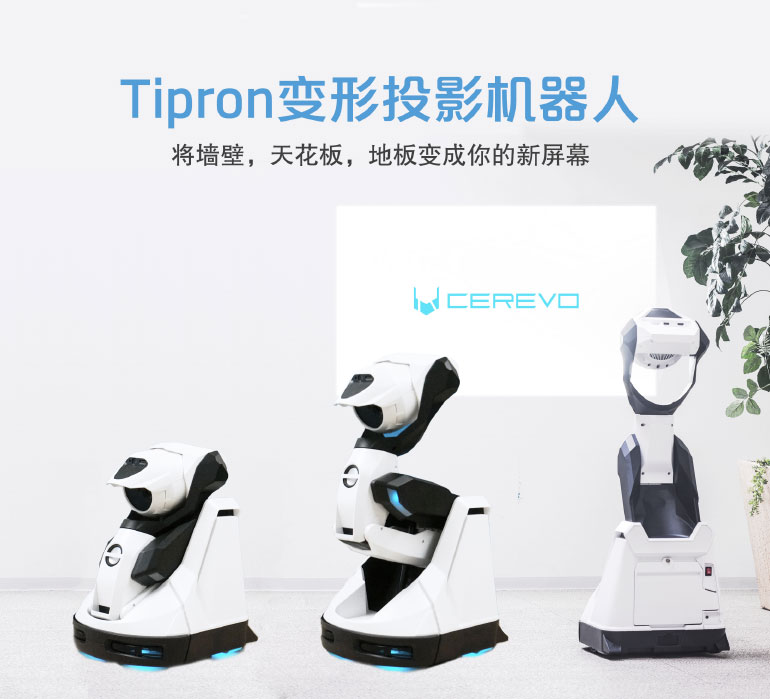 ■About the crowdfunding campaign for Tipron

About Cerevo
Cerevo Inc. (Consumer Electronic REVOlution) was founded in 2008 and is located in Tokyo, Japan with a branch office in Redmond, WA, USA. Cerevo is a small batch company focusing on making unique networked devices and connected solutions for both consumer and professional users based on its “Global Niche” concept. Cerevo’s products have been recognized globally and are sold in more than 60 countries.