Cerevo, the IoT startup based in Tokyo, has released the Android beta app for LiveWedge, it’s award winning 4 input HDMI switcher, mixer and recorder. You can download the app from Google Play. 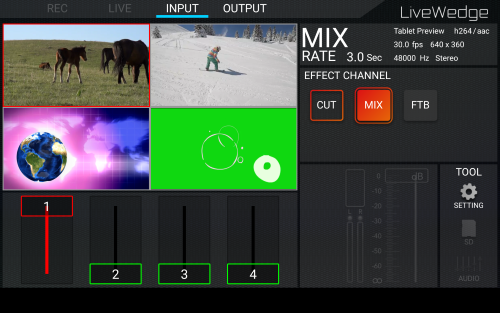 About LiveWedge
LiveWedge is an award winning 4 input HDMI switcher, mixer, recorder and livestreamer. It can be easily controlled via smartphone or tablet using the LiveWedge app. LiveWedge supports video effects such as PinP and chroma keying as well as all basic transitions such as wipe, fade and cut.

About Cerevo
Cerevo Inc. was named after (Consumer Electronic REVOlution) and its HQ is located in Akihabara, Tokyo, Japan with a branch office in Redmond, WA, USA. Cerevo focuses on creating networked devices for consumer and professional users. Cerevo’s products have been recognized globally for their unique connected solutions.

Cerevo has developed and released CEREVO CAM – a digital camera with internet connectivity, the LiveShell series – devices to enable livestreaming on Ustream using only a digital camera, SmartTrigger – a bluetooth remote to enable the release of your digital camera shutter from your smart phone and LiveWedge – a 4 input HDMI switcher with live streaming capabilities. These products are sold in more than 34 countries. For more information, please visit – http://cerevo.com